A simple solution for cyber crime 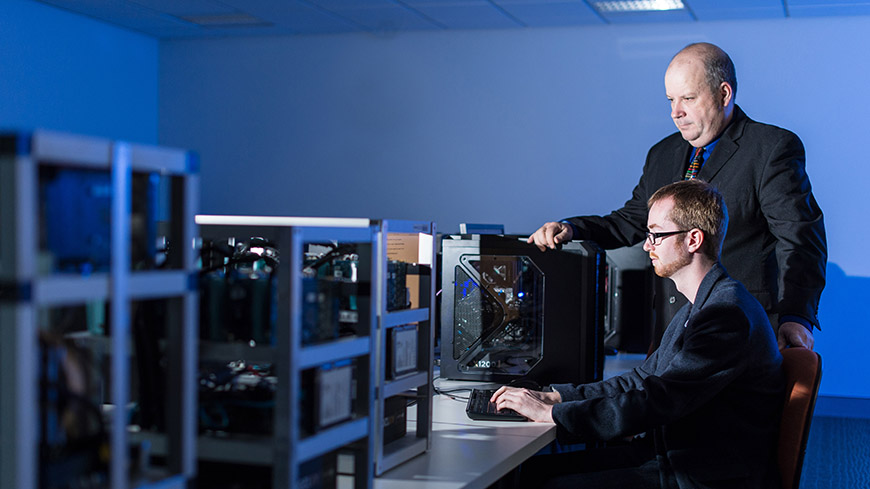 ECU’s Security Research Institute is at the cutting edge of cyber security research.

Establishing evidence that a cybercrime has been committed can be difficult and time consuming, but an Edith Cowan University (ECU) innovation is empowering police to take action.

SImPLE (Simple Image Preview in Live Environment) was developed by the ECU Security Research Institute in partnership with the Western Australia Police Force.

Their collaboration began in 2008, with the goal of developing a tool that would address police investigative needs, while meeting evidentiary standards, and judiciary requirements.

The possession and distribution of offensive or illegal images via the internet is a growing problem globally. Such images are typically sexual in nature and normally relate to criminal acts.

A crime fighting tool that’s simple to use

Traditionally, such evidence could only be scrutinised by a limited number of expertly trained officers. In a jurisdiction the size of Western Australia, where a crime scene might be located 3000km from Perth, a pragmatic, portable solution was required.

Thanks to SImPLE, with minimal training, any officer can now action a preliminary forensic search of electronic devices, to rapidly determine whether inappropriate material exists, and if so, trigger immediate action including arrest.

The ability to quickly identify offenders assists in the prevention of harm to children and others.

Importantly, SImPLE allows material to be extracted from the device without compromising its validity as evidence.

To develop SImPLE, ECU academics created highly adaptive algorithms that move images and data in and out of memory as items are displayed on a suspect computer.

This allows officers from the WA Police Sex Crimes Division to view content of interest, without disturbing the integrity of the content itself.

Making a real difference to Police

This research has directly contributed to a shorter prosecution cycle, reduced costs to the judicial system, and allowed more rapid removal of offenders from the community.

A pilot trial of the technology in 2012 led to seven criminal convictions.

“The whole process to seize and review the content of property can take anything from days to months, whereas SImPLE can be deployed in 20 minutes at the scene. Most importantly, numerous arrests have been made with the assistance of SImPLE and it has proven to be a very important tool in the police arsenal – if only one child has been saved, then its value can’t be measured.”