ECU researchers on global list of the world's best

Two ECU Professors have been named alongside Nobel Prize winners as the world's most influential researchers in their fields. 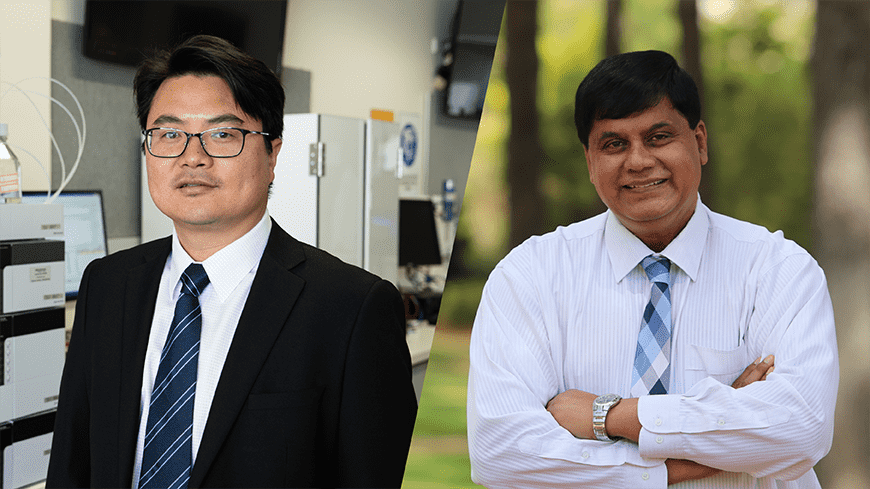 The list identifies researchers who have demonstrated significant influence in their chosen field and includes 23 Nobel Laureates.

Researchers are chosen based on the list of academic publications which rank in the top one per cent by citations in that field.

Professor Sun, from ECU's School of Engineering, is an internationally recognised expert utilising nanotechnology for applications in solar-to-chemical conversion and repairing environmental damage.

Leading the quest against Alzheimer's disease

Professor Martins, from ECU's School of Medical and Health Sciences and Centre for Excellence Alzheimer's Disease Research and Care, is one of the world's foremost experts in the detection and prevention of Alzheimer's disease.

He is the co-founder and co-leader of the Australian Imaging Biomarkers and Lifestyle study of ageing, a 14-year longitudinal study that has placed ECU and its Australian collaborators at the forefront of Alzheimer's diagnosis and prevention globally

His team recently received more than $6 million in funding to examine how lifestyle factors such as diet, exercise and brain training can reduce the risk of the disease.

The same research team has previously established links between Alzheimer's disease and trouble sleeping, the stress hormone cortisol and depression.

The full 2020 Highly Cited Researchers list and executive summary can be found on Clarivate's webpages.