The story of ECU researcher Dr Mick Adams is one of courage and determination and how he turned his life around to become a respected Aboriginal leader and academic in his own right. 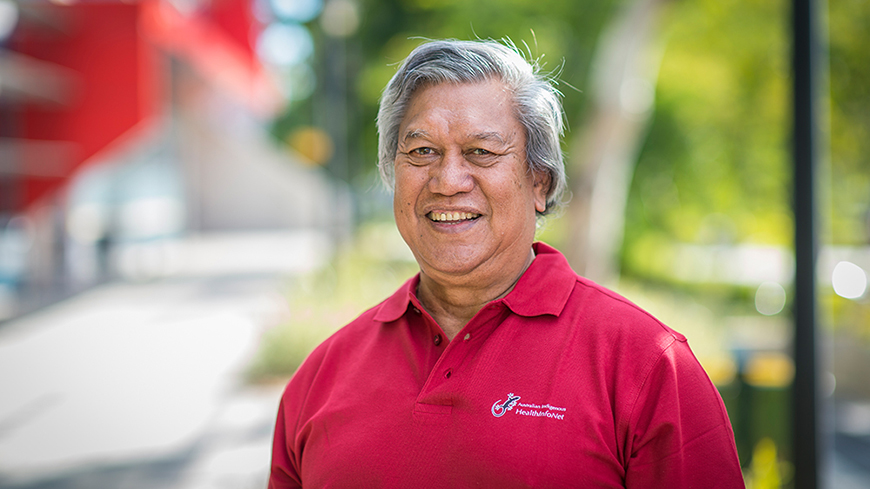 Dr Mick Adams found a way to get Aboriginal men talking about their own health.

“I hope that putting the voices of these men forward will help to break down that silence.”

Dr Adams grew up in Parap Camp in Darwin and is the third eldest in a family of thirteen. He is a descendent of the Yadhiagana/Wuthuti people of Cape York Peninsula in Queensland on his father’s side and the Gurindji people of Central Western Northern Territory on his mother’s side.

At the end of his journey he has amassed an associate diploma, two bachelor degrees, a masters’ degree and a PhD.

Dr Adams research is focused on the sexual health of Aboriginal and Torres Strait Islander men.

His ground-breaking research in the area was the first to delve into this culturally sensitive field which had gone unstudied for years.

“No data had been published on Aboriginal men’s symptoms of prostate disease or erectile dysfunction, nor had the clinical screening and treatment of these disorders among Aboriginal and Torres Strait Islander men been assessed,” Dr Adams said.

According to Dr Adams, the reasons for a lack of data in the field is focus on self-reporting of sensitive information, additionally much of the research was conducted online or through mail out systems.

“I wanted to improve our understanding of sexual and reproductive health problems experienced by Indigenous men and the best way to do this was to gather the information by other Aboriginal males who were inside the culture of middle-aged and older Indigenous men,” Dr Adams said.

Dr Adams said most men were silent about their reproductive health. They were unwilling to reveal their inner feelings to wives or partners, and reluctant to discuss these issues with doctors and other health care workers.

“Men’s reaction to sexual difficulties included shame, denial, substance abuse and occasionally violence. However, on a positive note, many men said they wanted to learn about it so they could understand how to cope with such problems,” he said

“But most of all, this study revealed the layers of silence around sexual and reproductive health of Aboriginal and Torres Strait Islander men,” Dr Adams said.

“I hope that putting the voices of these men forward will help to break down that silence,” he said.

In 2015 he was honoured with an Elders Award from the Aboriginal and Torres Strait Islander Higher Education Advisory Council.

He is now a Senior Research Fellow with ECU’s Australian Indigenous HealthInfoNet.