This Fellowship is considered amongst the world’s highest honours in the field of horticultural science for teaching and research on a global scale. Professor Singh becomes the first West Australian, and only the second in Australia, to receive the prestigious honour in its 54-year history.

Recognised in the 59th Annual Class of Fellows, Professor Singh was praised for his outstanding contributions to the field of horticultural science, nationally and internationally.

“This is truly wonderful recognition for decades of my scientific work, industry-oriented research, teaching and mentoring so many national and international students and scientists in horticultural science,” he said.

Amongst Professor Singh’s international accolades include nine years as Foundation Professor of Postharvest Horticulture (2009–2018), Inaugural Curtin Research Fellow (1997–2001), he was a Visiting Professor (1995 to 1996) at University of Bologna, Italy, a Postdoctoral Research Fellow (1992–1995) at Murdoch University and a Commonwealth Postdoctoral Fellow (1986–1987) at the Institute of Horticultural Research, East Malling in the UK.

Professor Singh is responsible for developing the new Horticulture Major in ECU’s Bachelor of Science and MSc Horticulture courses after joining the university in 2021.

He brings with him 35 years of expertise and innovative research to improve the quality of horticulture exports particularly in minimising produce loss and improving shelf-life of fruits and vegetables.

“There are enormous opportunities for horticulturalists with the practical expertise and training in an industry which is on the cusp of a boom,” he said.

“The WA Government has set a goal to double food production in the State by 2025 and our graduates will be well-placed to join an industry which is already crying out for workers with the know-how and skills.”

He believes ECU existing research capacity in the areas of proteomics and nutrition will provide avenues for research collaboration.

He is also interested in hearing from industry groups to partner with for research opportunities and hosting students for work integrated learning opportunities. 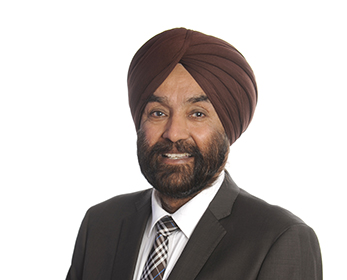 ECU School of Business and Law number one for quality