Budget splashes cash, but misses mark on skills and training

Now the dust has settled, the Federal Government's plan appears both short-sighted, but will also take time to have an impact on Australia's workforce.

In the recent Federal budget, the Morrison government allocated more than $2.5 billion to skills and training related initiatives over the next four years to help fill employment gaps in the post-COVID-19 world.

This is certainly needed, given the Australian health system and economy performed relatively robustly in the last two years during the pandemic.

But the budget missed opportunities in pivoting the skills and training system to meet the future challenges facing Australia and the world.

Interestingly, besides the pre-election sweeteners, the budget looks more a pre-COVID budget in terms of education spending focussing on apprenticeships and traineeships.

In many ways, it seems to be a U-turn from the previous budget that focussed on funding childcare and creating opportunities for women.

The focus on apprenticeships and traineeships included:

Besides additional funding for apprenticeships and investments in skills, the opening of Australian borders has also been seen as an opportunity from the Federal treasurer’s perspective to solve some urgent skills shortages.

For example, 10,000 partner visas will be reallocated to the skilled visa stream also over the next 4 years.

However, the federal budget is mainly short-term in nature and only addresses current elements of Australia’s skills mismatch/shortages problems with little focus on preparing the country for future needs.

First, with much of the funding going into traditional apprenticeships and traineeships, it does not appear to gel with some key post-pandemic economic initiatives.

For example, research by Edith Cowan University and Flinders University funded by the National Centre for Vocational Education Research (NCVER) has shown Australian firms will need to continue relying on training in the past from world leaders in Industry 4.0 (the current trend rapid changes due to the technological integration of physical systems and cyber systems via, for example, cloud computing and cognitive computing and the smart factory) and automation (e.g., Germany and Japan).

The lack of funding in future-oriented new skills and training will limit organisations’ ability to participate in the government’s new Modern Manufacturing Strategy.

Also, higher collaboration across the human capital development spectrum facilitates faster innovations and higher-value entrepreneurship, but there does not seem to be incentives in the budget to facilitate collaboration between key members in the ecosystem such as the higher-education sector, VET sector, employer organisations, industry, and government.

In addition, while the budget alludes to implementing reforms in the Australian skills and training system, it fails to deal with systemic problems around skills mismatch/shortages and the resulting underemployment/unemployment that was raised in the Productivity Commission’s recent review of the National Agreement for Skills and Workforce Development.

For example, 25 per cent of unemployed Australians are graduates but employers may not employ them if similar overseas employees come on lower pay.

Even in terms of the skilled visa scheme, it avoids addressing key structural issues such as the 60 per cent of international graduates who are unemployed having studied at Australian universities/VET providers.

On closer look, the funding allocated to skills and training are back-loaded with most of the skills-related investments budgeted only after 2023-24.

Ironically, this will not meet the current staffing shortfalls faced by many employers in time for the upcoming election and it may take some time before the training of Australians flows through to meet the needs of employers.

Overall, while the budget’s investments in human capital development is significant, given the current low unemployment levels and the lessons learned over the last two years, throwing money at these problems will need to be supported by more nuanced initiatives and increased collaboration between relevant stakeholders.

This is vital to ensure the new post-COVID and post-election opportunities are effectively exploited so as to improve the futureproofing of the Australian economy. 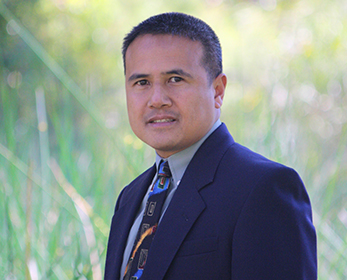 Professor Pi-Shen is Professor of Entrepreneurship and Innovation in the Management discipline at the School of Business and Law.

Young people’s climate anxiety is a genuine response to threat, not a mental illness

Budget splashes cash, but misses mark on skills and training

Now the dust has settled, the Federal Government's plan appears both short-sighted, but will also take time to have an impact on Australia's workforce.