It’s not them, it’s you: why potatoes don’t deserve their bad reputation

Though spuds may not have all of the same benefits as other vegies, they can still be part of a healthy diet - so long as they're prepared the right way.

With low or no-carbohydrate diets rising in popularity in recent times, the humble potato is now regularly overlooked in favour of other vegetables.

In fact, research literature has previously indicated potatoes may have a detrimental effect on health, such as possibly increasing the likelihood of developing Type 2 diabetes.

However, new Edith Cowan University (ECU) research has shown while spuds may not have all the same benefits as some other vegetables — such as lowering risk of Type 2 diabetes — health issues associated with potatoes may actually be due to how people are preparing them and what they’re eating them with.

More than 54,000 people reported their dietary intake for the long-term Danish Diet, Cancer and Health study.

A recent analysis of this study led by Dr Nicola Bondonno from ECU’s Nutrition and Health Innovation Research Institute, found people who consumed the most vegetables were 21 per cent less likely to develop Type 2 diabetes than those who consumed the least amount of vegetables.

PhD candidate Pratik Pokharel carried out work on the analysis and said while potatoes didn’t have the same impact on Type 2 diabetes, they also didn’t have any negative effect.

“In previous studies, potatoes have been positively linked to incidence of diabetes, regardless of how they’re prepared — but we found that’s not true,” Mr Pokharel said.

“In Denmark, people consume potatoes prepared in many different ways; in our study, we could distinguish between the different preparation methods.

“In our study, people who ate the most potatoes also consumed more butter, red meat and soft drink — foods known to increase your risk of Type 2 diabetes,” he said.

“When you account for that, boiled potatoes are no longer associated with diabetes. It’s only fries and mashed potatoes, the latter likely because it is usually made with butter, cream and the like.”

Mr Pokharel said findings from the study indicate vegetables could play a key role in reducing Type 2 diabetes, as people who ate a lot of leafy greens and cruciferous vegies such as spinach, lettuce, broccoli and cauliflower had a significantly lower risk of developing the condition.

He said the relationship between vegetables and diabetes should be incorporated into public dietary guidelines — as should the benefits of eating potatoes.

“The finding that vegetables lower diabetes risk is crucial for public health recommendations, and we shouldn’t ignore it,” he said.

“Regarding potatoes, we can’t say they have a benefit in terms of type 2 diabetes, but they also aren’t bad if prepared in a healthy way.

“We should separate potatoes and other vegetables in regard to messaging about disease prevention but replacing refined grains such as white rice and pasta with potatoes can improve your diet quality because of fibre and other nutrients found in potatoes.”

Putting it into practice in the kitchen

Mr Pokharel said people should be advised to increase their vegetable intake — and they could include potatoes, so long as they left out some of the unhealthy extras such as butter, cream and oil.

“Potatoes have fibre and nutrients, which are good for you,” he said.

“People talk about carbs being bad, but it’s more about the type of carbs you’re having; compared to something like white rice, boiled potatoes are a good quality of carbohydrate.

“But just take care how you prepare them: don’t eat fries, or mash with extras in it all the time.

“Just boil them and eat them like other greens or other foods — and you don’t need to have it with red meat all the time.”

‘Vegetable, but not potato, intakes are associated with a lower risk of type 2 diabetes in the Danish Diet, Cancer and Health cohort’ was published in Diabetes Care. 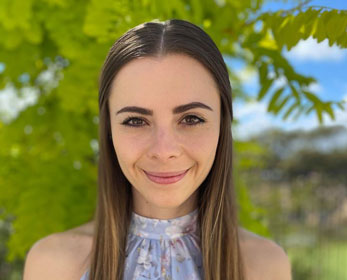 An education doesn’t just make you smarter - it protects your gut. Seriously.

How are your New Year’s exercise resolutions going? What goal motivation tips will — and won’t — help keep you on track

It’s not them, it’s you: why potatoes don’t deserve their bad reputation

Though spuds may not have all of the same benefits as other vegies, they can still be part of a healthy diet - so long as they're prepared the right way.