“Purely and simply this research shows, there’s a lack of representation of boys and girls in non-traditional gender roles in these books,” she said.

“This can contribute to children from these families and backgrounds feeling excluded or marginalised,” she said.

Dr Adam said some of her previous research has shown that adults will often choose books they loved themselves as children, and this contributes to children being exposed to outdated viewpoints of masculinity and femininity as well as gender roles.

“At the time of this study, lots of the centres had mainly older books, some first published in the 1950s or 60s, when society’s views on these topics was very different to today,” she said.

“It is great to see that more inclusive children’s literature is starting to be published now.

“However, although books are becoming more diverse with an increased balance between leading female and male characters, many of the roles played by these characters still reflect only traditional gender roles and expectations. This makes it challenging for adults when choosing empowering books to share with children.”

Researchers stressed that some books reinforcing more traditional gender roles were often considered high quality books with strong storylines and good use of language and literary devices, portraying other positive messages for children.

In that case, it was the role of educators to use texts to help young children understand how stereotypes are created and maintained in books and that they were not representative of all situations.

How the study broke down books

The research team considered a range of story characteristics relating to gender and the roles, attitudes and jobs of characters and stories to separate books into categories that were stereotypical, gender restrictive, sensitive to gender or gender neutral.

The books in four long day care centres in Western Australia were compared with those in similar centres in the United States.

For example, one of the books analysed, Harry the Dirty Dog, shows males outnumbering females by more than 3:1, with males portrayed in multiple occupations while females appearing in passive, domestic and nurturing roles.

Some recently published books that challenge traditional notions of gender include: 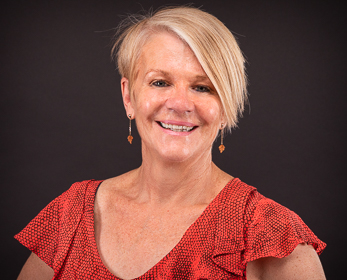 Helen is a Senior Lecturer and Course Coordinator for the Master of Teaching - Primary, within the School of Education.